Spearmint is a heavily modified version of the Quake III Arena engine. It is directly based on ioquake3. It was originally intented to be used exclusively for creating new games but it kept the ability to play the Quake 3 data.

Most interesting features for players: 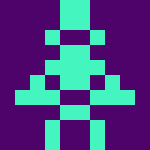